DALLAS, TX (March. 28, 2022) – PlainsCapital Bank recently announced that Danny Schroder has been promoted to Houston region chairman. In his new role, Schroder will oversee and coordinate banking operations and market development for PlainsCapital’s branches in the greater Houston area. 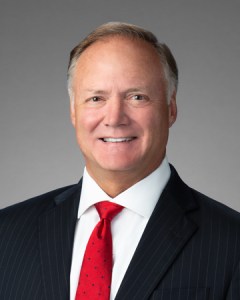 “Danny has added tremendous value to our banking initiatives and expansion in East Texas,” said PlainsCapital Bank President and CEO Jerry Schaffner. “As a longtime Houston resident and seasoned banking professional, he’s familiar with the financial solutions that businesses and individuals need to move forward. We’re excited that he will be leading the Houston market in his new role.”

Schroder joined PlainsCapital in 2020 as president shortly before opening The Woodlands branch at 1699 Research Forest Drive. He has nearly 40 years of financial services experience and spent over a decade expanding North Houston operations for multiple local banks before joining PlainsCapital.

Schroder received his bachelor’s from Louisiana State University and an MBA from Capella University. He currently serves as a board member for The Woodlands Economic Development Partnership as well as YES to YOUTH – Montgomery County Youth Services. He previously served as chairman, board member, and vice president for The Woodlands Chamber of Commerce.